Jules confronts the girl who is both her oldest friend and greatest enemy in the highly anticipated sequel – and conclusion – to the Top Ten Bestseller Everless.

Jules Ember was raised hearing legends of the ancient magic of the wicked Alchemist and the good Sorceress. But she has just learned the truth: She is the Alchemist, and Caro – a woman who single-handedly murdered the Queen and Jules’s first love, Roan, in cold blood – is the Sorceress.

The whole kingdom believes that Jules is responsible for the murders, and a hefty bounty has been placed on her head. And Caro is intent on destroying Jules, who stole her heart twelve lifetimes ago. Now Jules must piece together the stories of her past lives to save the person who has captured her heart in this one.

I’m annoyed. I really really enjoyed Everless… the pace, the action, the story line, the characters… it wasn’t quite a 5 star read but it wasn’t that far off it. This sequel however.. I was disappointed. Now that’s not to say Evermore was a bad book or a bad wrap up to this duology… it’s just that I expected more!!

This book steers off in a very different direction to the first book. Gone is talk of blood currency (which also bothered me because it was one of the best selling points of the first book!) and so on… rich families and poor families and all those struggles and then in comes a whiny child who almost seems to have gone backwards with her character development despite finding out she’s this gifted soul who has lived multiple lives and is basically the owner of some one else’s heart *and take a breath*.

Basically I don’t know how to feel about Jules in this book.

I liked her in the first book but in this book she annoyed me more often than not and her behaviour and attitude throughout was just meh. She pushed away Liam contently throughout the book and was beyond rude to him at multiple points despite the fact he a) saved her on multiple occasions (also as someone had said in another GoodReads review.. where is badass independent Jules from the first book who don’t need no man saving her?!) b) also lost his brother recently and c) actually knew about the history of Jules’ other lives as the Alchemist which could of definitely saved them more time had she stopped sulking about him knowing more about her than she did. Her rebellious nature in the first book was something I really enjoyed about Jules but in this book it did a 180 from rebellion to just pure stubborn and stupid and I just didn’t gel with that. It’s like all that maturity she built up in the first book just vanished. She still could hold her own at parts but she didn’t half make some crappy decisions throughout! I really hate that Jules is a character that I’m now not sure I even like!

In terms of other characters (so I don’t rant about Jules forever)… they were there… they were ok. I liked Liam’s character but then again I liked him in the first book so not much changed there. Although there was one particular scene where he mentions forcing Jules to leave if he has too and that did get an eye roll from me. Do you like your Liam’s soft and squishy and all nerdy or do you want them broody and dominating and all macho? There was definitely two different Liam’s in this book… I didn’t hate either side of his personality in particular but I know some people would definitely find fault with that. Caro didn’t actually play as big of a role as I was expecting. I was waiting for these big, dramatic, action packed confrontations to happen between the two that kind of just didn’t end up happening… she basically reminded me of a Disney villain. Always there always, watching but not actually doing a lot. And gets defeated ridiculously easy! Ina was another character that I’m surprised didn’t play a bigger part. Again, she was there… she was doing her little bit but not anything more. She also warmed up too Jules’ story and version of events far too quickly in my opinion. Where was the angst and tension between the two when they finally came together!?

*Can you tell yet that I just want to rant about what could of and should of been!?*

This book was also rushed… the ending in particular. You could tell so easily. It probably would of benefited from either being drawn out completely and having a third book (which I think I would of preferred) or at least having an additional 100 or so pages. Just so those action scenes in particular could truly be fulled out and given more richness. Plus there definitely needed to be some definition between the main story and those ‘flashbacks’ because at times it wasn’t clearly defined and took me a second to realise… basically had they been given a bit of definition then it would of flowed better and would of lost some of that clunky feeling.

Now what I will say is that I didn’t hate this book.

*shock horror… you would of thought so wouldn’t you?!*

I read it pretty quickly and liked a selection of the characters and the overall story line didn’t annoy me completely… it’s just that after Everless, which was a stunning book and written so well, this sequel just went completely haywire in comparison. I just wanted more! More pace, more action, more detail… and for Jules to stop being so whiny! It did tie up at lot of the questions and it did wrap up to a relatively solid point but… again it just missed the wonder of the first book by a decent shot. It’s such a shame because I genuinely was looking forward to this book and seeing what direction it would take and how badass Jules was going to be… I think I went into it with my head held too high. My expectations just ended up being completely different to the end product. Which, like I said, was a shame and I am disappointed… but it is what it is.

WOULD I SUGGEST THIS BOOK TO OTHER BOOKWORMS?

Honestly as long as you don’t go into this with the expectation of it being similar to Everless then you’d probably enjoy it more than I did!

AM I COMPLETELY IN LOVE WITH THIS BOOK?

I wanted to be. So badly. But I just didn’t gel with the direction Holland took the story or the characters.. for the most part.

Where to find me;

**This post includes a Book Depository Affiliate link. Any purchases made via that link will allow me to make a small commission. This is at no extra charge to yourself. Any money made via these links will go towards the upkeep and supplies relating to this blog. Thank you** 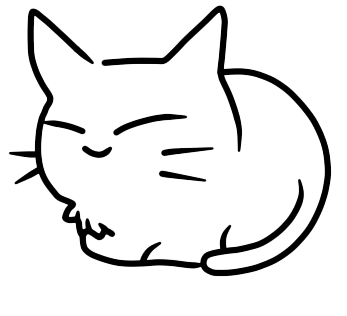 Hi everyone, my name is Shannon and I'm a 22 year old book blogger from the east of England. I have a soft spot for dragons, cats, kpop, jpop, gaming and most things fantasy related. I hope you enjoy looking around MediaShadowReads!

We do not share personal information with third-parties. We are not responsible for the republishing of the content found on this blog on other media without our permission. This privacy policy is subject to change without notice.”

~ ~ ~ © Shannon Holmes 2018. ~ ~ ~ Unauthorized use and/or duplication of this material without express and written permission from this site’s author is strictly prohibited. Excerpts and links may be used, provided full and clear credit is given to Shannon Holmes (MediaShadowReads) with appropriate and specific direction to the original content.